The sculpture “What You see Might Not Be Real,” by Chen Wenling, was displayed at a Beijing gallery Sunday. A bull  ramming the biggest con man of all time, Bernie Madoff, into a wall. The huge cloud coming out of the bull’s rear symbolizes the danger of virtual bubbles in international financial markets. In a society based on desire and money, some people choose to create many false impressions, while others sadly fall for them.

Chen Wenling’s sculptures are the manifestations of extreme humanity and immaterial images in a consumption society. This  recent series blurs the directness of the social metaphor in an interesting way. The reality of ‘Consumer Society’ is so indeed. The consumer culture brought by the development of Chinese economy and the resulting material abundance exerts profound influence on them both in terms of visual perception and cultural context. 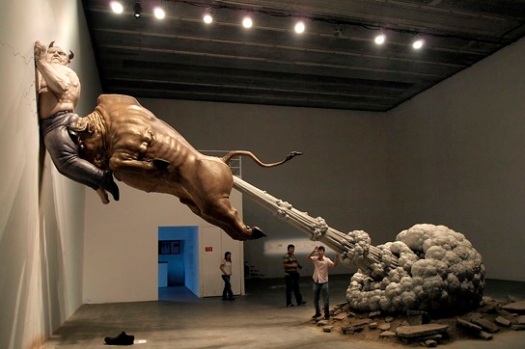 His self extreme condition begins from the series of “Red Boy”.  It is neither realism nor vanguard sculpture, but the self expression of Chen Wenling himself to the critical state of life. For example, dread, gladness, game and fancy are thebasic main motivations of his sculpture. This series of the “Red Boy” conveyshis experience in an autobiographic form. One is the allegorical sculpture forms and the other is the manifestations of extreme humanity. 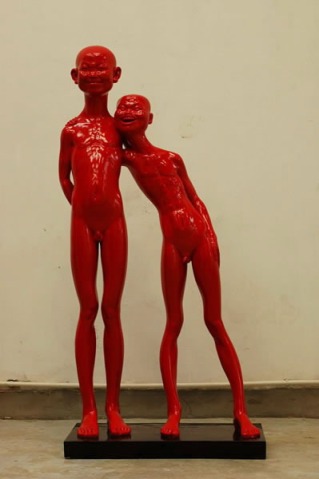 All chameleon species are able to change their skin colour. Rattlesnake can bury most of the body in sand soil. […]Human beings are not animals. Because they do not know how to protect themselves.

If you heard someone say, “I don’t really like selling what I do” or “I don’t like changing what I do for money”, we sincerely hope you don’t call them stupid. In fact, we’ve had this problem with money and what we love doing clashing again and again. Our parents always sweetly persuade us, “Well, your blog’s been up for long. You’ve been doing so much otherwise. From what we see on the internet, you must be minting a fortune by now.” It takes two gulps of vodka before we sit down quietly and explain to them that we’re not looking for money.

We’ve done our share of being human resource in desk jobs to pay the rent and the million bills that come with living in an upcoming city. Each day, we sit hoping that someone would just find this awesome job with wonderful people and maybe become rich enough to fund us all. Our merged bank accounts, our crowded houses, our shared food, and everyone’s collection of coins seem like a lost cause to many. So, when we came across Liu Bolin’s life and works, we had this great grin on our faces, maybe that common human folly (like the Tagore put it) of hope. Luckily, many artists out there have been through this struggle and actually managed to do something.

After school, just like some of us, Bolin did not find any suitable work. What began as a desperate search for acceptance turned into a revolt against the system. He said in Whitehot Magazine:

There are two main influences. The first is the environment, the experience of living. That’s my main influence. The second influence would be the demolishment of Suojiacun Village, the art village where I lived with my friends. That was my first time to be personally affected in a major way by the government’s decisions. They destroyed my studio and made me homeless! After all that I became very concerned with the state of China. My work is really an expression of my concern.

There’s a lot of loneliness in art (whether painting, performance or anything), especially when you’re so against being commercial and up on gallery walls.

Liu Bolin’s Hiding in the City, is how he interpreted this invisibility of the (artistic) individual in the society. He said in Mail Online:

‘The situation for artists in China is very difficult and the forced removal of the artist’s studio is in fact my direct inspiration of this series of photographs, Hiding In The City… My job is to choose a good background where I want to be “disappeared”, and then stand there unmoved until a design has been painted on me… I am standing, but there is a silent protest, the protest against the environment for the survival, the protest against the state.” 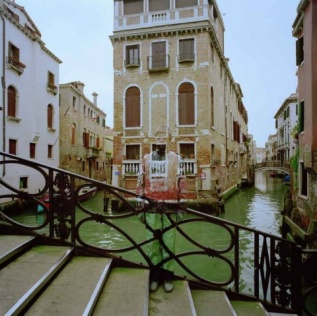 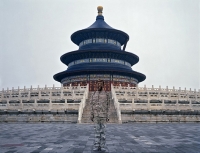 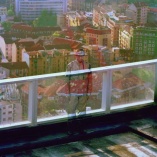 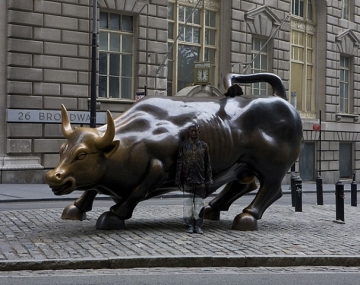 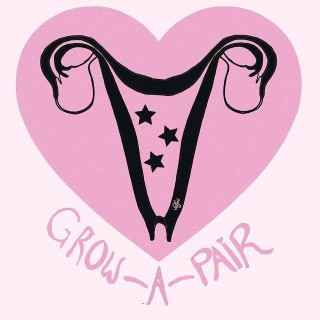